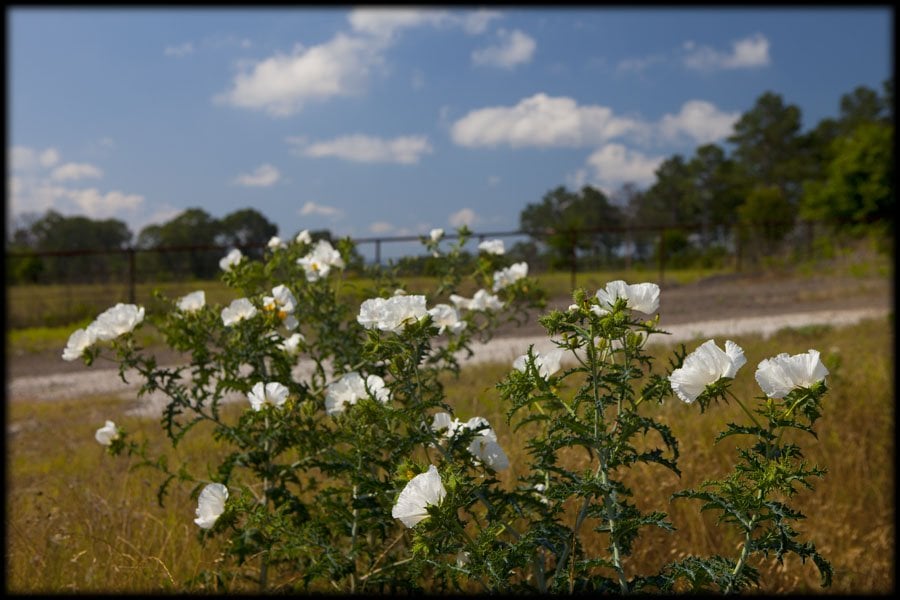 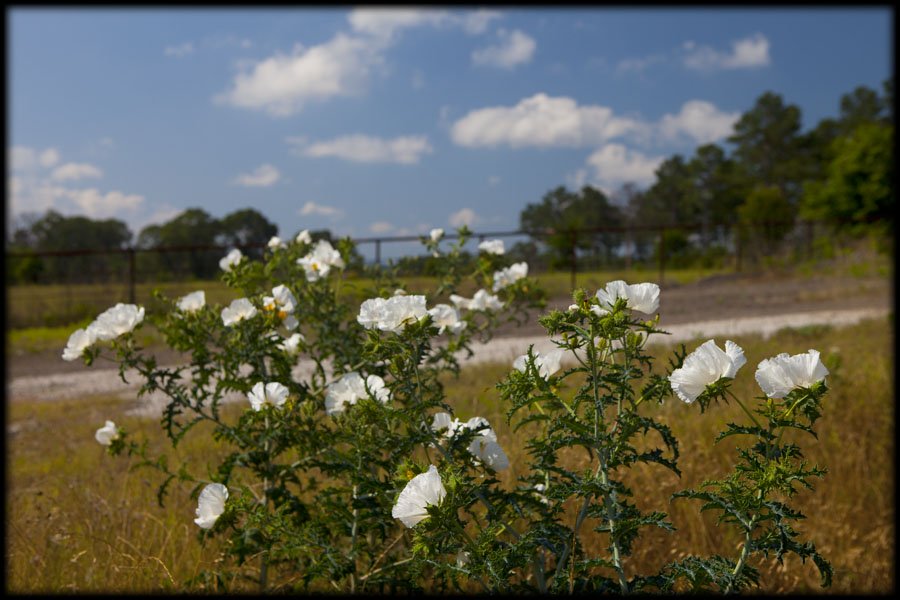 Neither cows nor deer will eat them, but quail and dove love the oily seeds. Indians used them to treat many ailments, including wart removal and bladder infections. The Aztecs used them in their sacrificial ceremonies; the Comanches made offerings to them during harvesting. In South and West Texas the blooms take on a pink or lavender hue; in Mexico the blooms are yellow. Rolling along East Texas roads right now you’re very likely to see them…ugly weeds known as “White Prickly Poppys“…but with beautiful white blooms. They’re hard to pick, so you may just want to enjoy them in their native habitat. 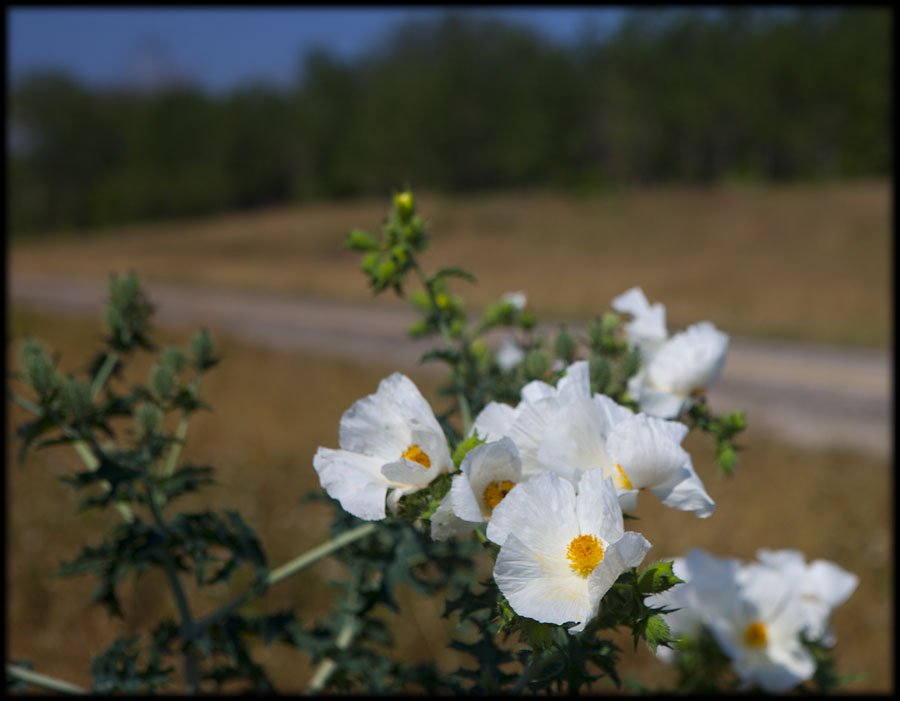